In June 2019 we reported on the launch of a new Cape Leopard Trust project dedicated to snare removal and data collection patrols on private property adjacent to Protected Areas in the Boland Mountain Complex (BMC) (click here for original post). The project has now been active for just over 6 months, and we’d like to share an update on the first phase of this initiative.

MJ, our Snare Patrol Officer, has already driven approximately 10 000km and has patrolled a whopping 775km of the mountainside on foot. He has visited 116 properties and recorded snares on almost half of these properties. He has removed a total of 465 illegal animal traps, of which 440 were snare traps. The maximum number of snares removed during a single patrol was 48. The vast majority of snares are made from wire, with discarded cable and nylon also featuring as snare materials. Most snares he uncovered were anchored to trees and fence posts, primarily along game trails and fence lines, in stands of alien and disturbed natural vegetation. 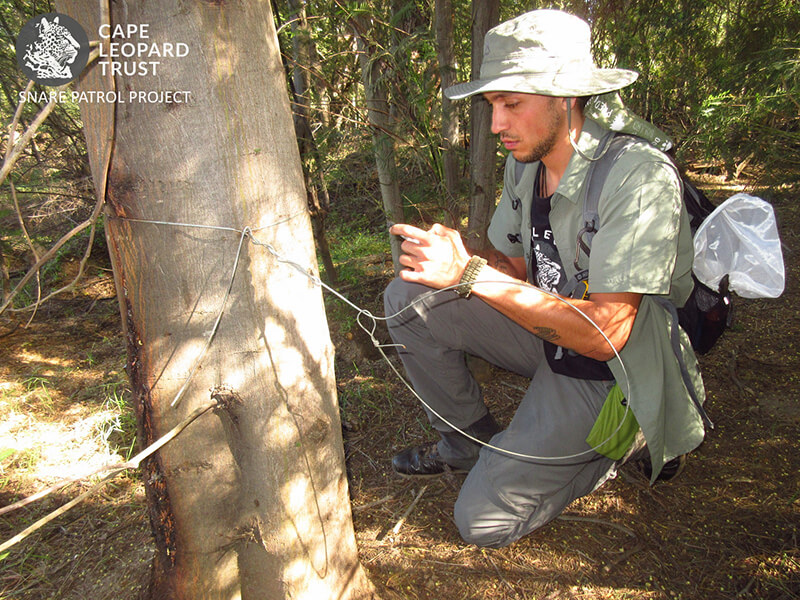 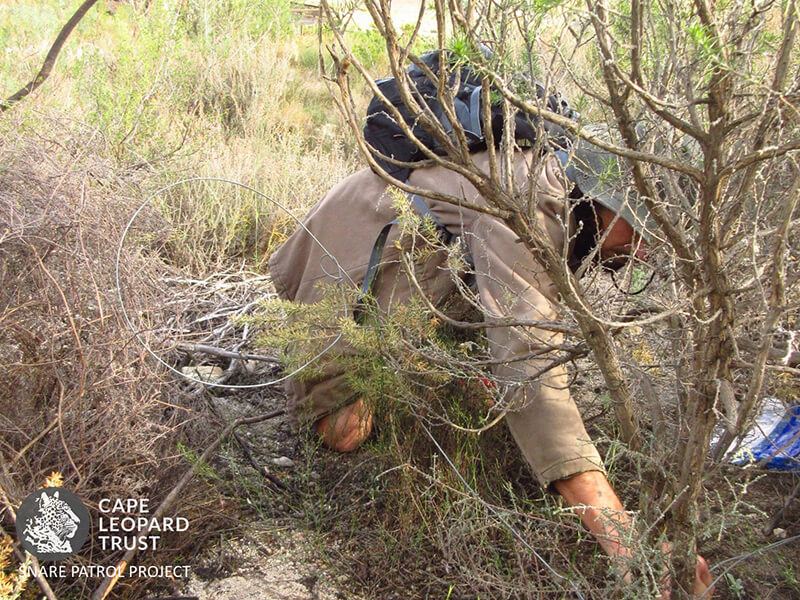 The first phase of the snare patrol project has confirmed that hunting with snares is a very real and prevalent problem in a region not traditionally associated with snaring. Some of the snares found are visibly old and rusted, highlighting the fact that the threat to animals remain in the undergrowth long after the person who set the trap has stopped checking it. Snaring as a hunting method is extremely indiscriminate in that the hunter cannot select for species, age or sex of animals caught. Animal welfare is, of course, a major concern since caught animals die a slow, painful death or can be left severely injured or maimed if they manage to escape. The species most commonly caught are porcupine and small antelope such as duiker, klipspringer and grysbok. This is particularly concerning since porcupine and small antelope form the staple of leopard diet in the BMC. Although predators are not targeted per se, they use the same habitat and paths as their prey and therefore can themselves also be ensnared.

Private property harbours a large proportion of biodiversity in South Africa. The willing participation of so many landowners and managers has been very encouraging. Many owners and managers were simply unaware that this practice has been going on unabated, but as soon as they learned about it, remedial measures were implemented. What we find promising is that on properties where punitive measures are put in place and awareness is raised around the illegality and harmful effects of snaring, there appears to be a decline in snaring activity. The data gathered from the snare patrols can now be used to educate and inform landowners and managers on what materials to remove from the land and where to look for new snares. To build capacity we have held snare training workshops with the field rangers and Work Integrated Learning students of CapeNature’s Hottentots Holland Nature Reserve; the rangers of the City of Cape Town Helderberg and Steenbras Reserves; and a group of students from Contour Environmental Training Academy in Grabouw. 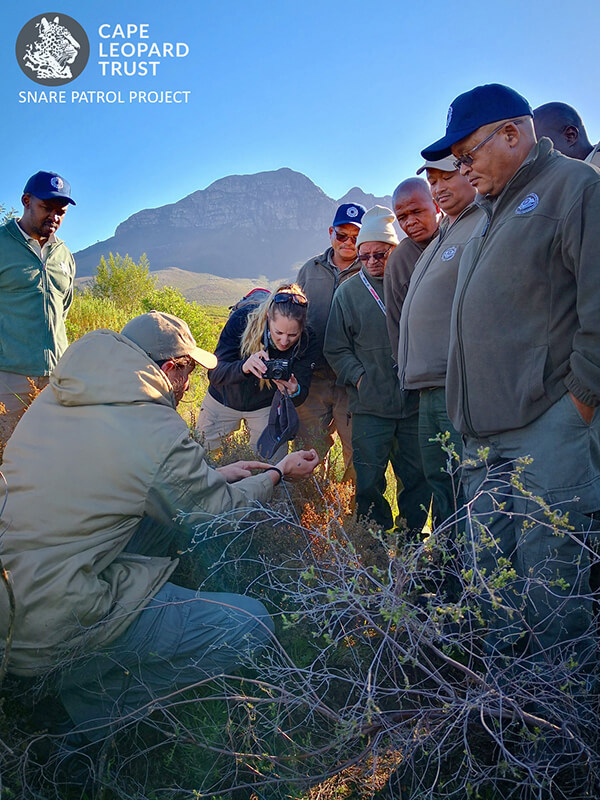 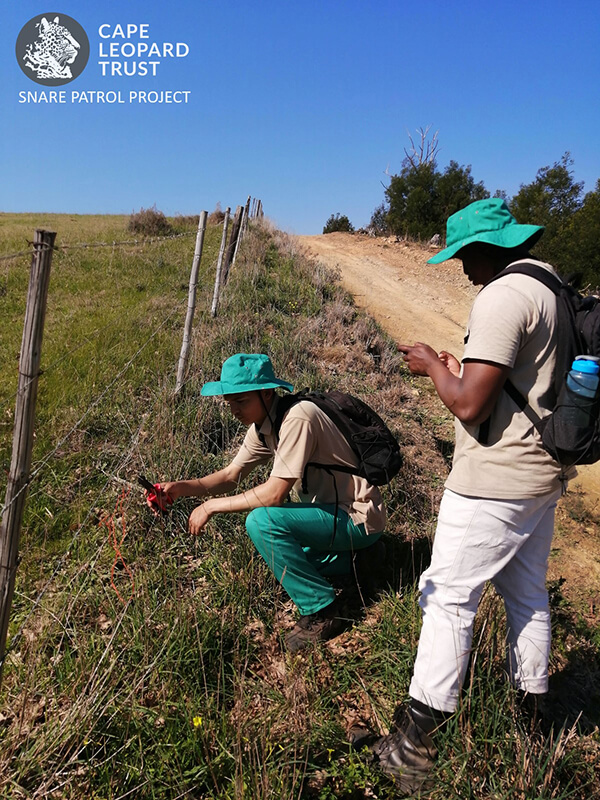 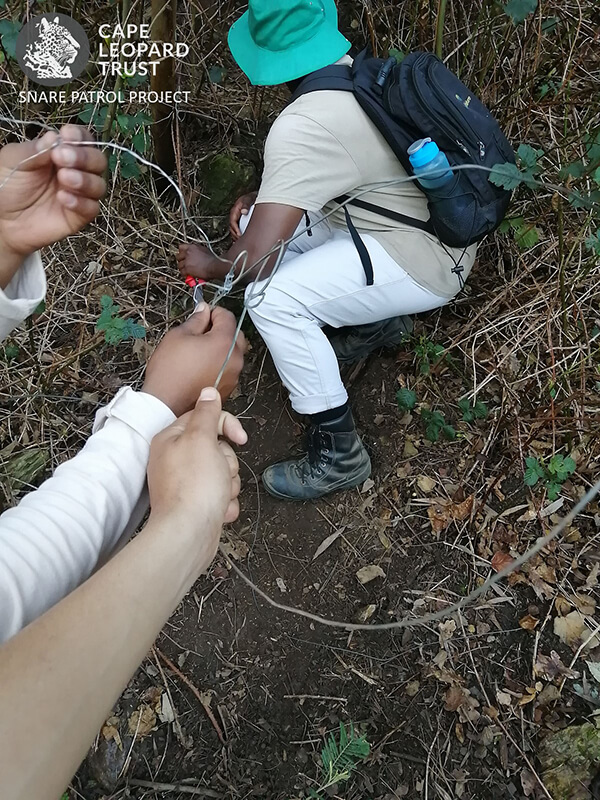 What can landowners and managers do?

What can the public do?

We will soon be launching a new online portal for reporting snaring activity to the CLT – watch this space!!

Our research and conservation activities in the Boland area are made possible through financial support from the Hans Hoheisen Charitable Trust (managed by Nedbank Private Wealth) and Wilderness Foundation Africa (as part of the Forever Wild Leopard Conservation Initiative). Our Boland project is kept mobile and on the move thanks to a vehicle sponsorship by Avis South Africa. 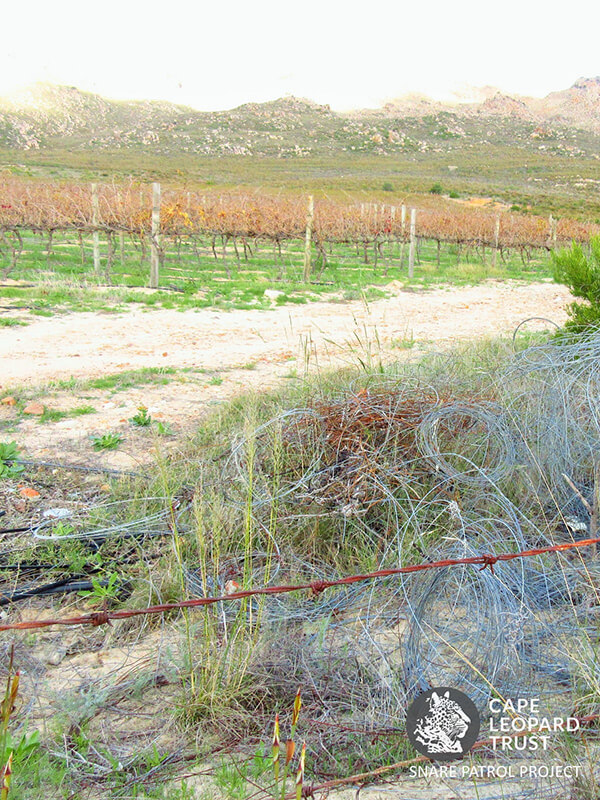 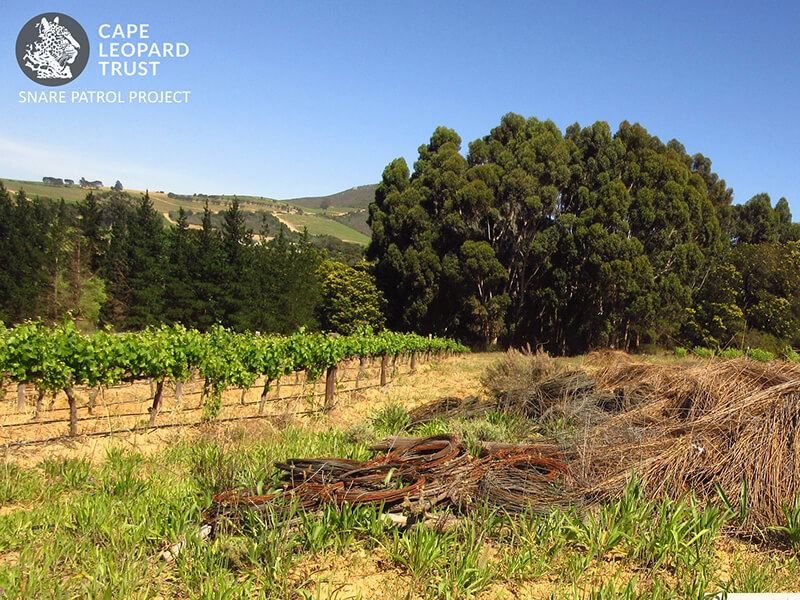